Itinerary details – Sir your tour itinerary is flexible, you can make any kind of amendment according to your travel scheduled

Day - 01
Early morning (Suggested Pick-up time, this might be change, its depending on weather situation) we will be pick up to you from hotel/ airport and drop to you at airport for flight to Varanasi. Varanasi is oldest living town of world. At Varanasi our driver will be pick up to you from airport, and transfer to hotel. Then after our driver will be introduce to you .,Government Authorized professional tour guide for visit Varanasi. First, our guide will be bring to you one of the best restaurant of city with Hygienic, clean and tasty food of India. After Lunch you will be start city tour from "Kashi Vishwanath Temple". Kashi Vishwanath Temple is one of the most famous Hindu temples dedicated to Lord Shiva. It is located in Vishwanath Gali of Varanasi. The Temple stands on the western bank of the holy river Ganga, and is one of the Twelve Jyotirlingas, the holiest of Shiva Temples. The main deity is known by the names Shri Vishwanath and Vishweshwara , literally meaning Lord of the Universe. Varanasi city was called Kashi in ancient times, and hence the temple is popularly called Kashi Vishwanath Temple. The etymology of the name Vishveshvara is Vishva: Universe, Ishvara: lord, one who has dominion. The Temple has been referred to in Hindu scriptures for a very long time as a central part of worship in the Shaiva Philosophy. It has been destroyed and re-constructed a number of times in history. The last structure was demolished by Aurangzeb, the sixth Mughal emperor who constructed the Gyanvapi Mosque on its site.[ The current structure was built on an adjacent site by the Maratha ruler , Ahilya Holkar of Indore in 1780. After visit Kashi Vishwanath Temple, you will be proceed to enjoy Aarti ceremony of River Ganga at Dashashwamedh ghat. Dashashwamedh Ghat is the main ghat in Varanasi on the Ganga River . It is located close to Vishwanath Temple and is probably the most spectacular ghat. Two Hindu legends are associated with it: according to one, Brahma created it to welcome Shiva, and in another, Brahma sacrificed ten horses during Dasa-Ashwamedha yajna performed here.The present ghat was built by Peshwa Balaji Baji Rao in the year 1748. A few decades later, Ahilyabahi Holkar, the Queen of Indore rebuilt the ghat in the year 1774. Ganga Aarti (ritual of offering prayer to the Ganges river) is held daily at dusk. Several priests perform this ritual by carrying deepam and moving it up and down in a rhythmic tune of bhajans. Special aartis are held on Tuesdays and on religious festivals. The Ganga Aarti starts soon after sunset and lasts for about 45 minutes. In summer the Aarti begins at about 7pm due to late sunsets and in winter it starts at around 6pm. Hundreds of people gather at the ghat every evening to watch the event. After Aarti ceremony, our driver will be drop to you at hotel. Then after enjoy your leisure hours with comfortable stay in hotel

Day - 02
Dearly in the morning at 6 am procced to Boat ride with nice-view of sun-rise. During boat ride enjoy Hindu culture , tradition, religious ceremony and cremation ghats on the bank of River Ganga. After boat ride return back to hotel and enjoy your breakfast. After breakfast proceed for city excursion tour of Varanasi. You will be start city tour from Buddhist town "Saarnath. Sarnath is a place located 10 kilometres north-east of Varanasi. Sarnath has been variously known as Mrigadava, Migadāya, Rishipattana and Isipatana throughout its long history. Also referred to as Isipatana, this city is mentioned by the Buddha as one of the four places of pilgrimage his devout followers should visit. It was also the site of the Buddha's Dhammacakkappavattana Sutta, which was his first sermon after attaining enlightenment, in which he explained the four noble truths and the teachings associated with them. Mrigadava means "deer-park". "Isipatana" is the name used in the Pali Canon, and means the place where holy men landed. The Deer Park in Sarnath is where Gautama Buddha first taught the Dharma, and where the Buddhist Sangha came into existence through the enlightenment of Kondanna Singhpur, a village approximately one kilometre away from the site, was the birthplace of Shreyansanath, the Eleventh Tirthankara of Jainism. A temple dedicated to him is an important pilgrimage site. After visit Saarnath our driver will be bring to you one of the best restaurant of city with hygienic, clean and tasty food of India. After lunch proceed for visit Banaras Hindu University. Banaras Hindu University, formerly Central Hindu College, is a public central university located in Varanasi. It was established jointly in 1916 by the Maharaja of Darbhanga Rameshwar Singh, Madan Mohan Malaviya, Sunder Lal and British Theosophist and Home Rule League founder Annie Besant., With over 30,000 students residing on campus, it is the largest residential university in Asia. After Banaras Hindu university procced for visit Durga Mandir. Durga Mandir is a Hindu temple. This temple is dedicated to Goddess Durga. Durga temple is also known as Durga Kund and Lal Mandir. Varanasi city is a very special place for Hindus and this city has religious significance in Hindu religion too. Durga Mandir is one of the ancient temples in Varanasi. Varanasi city is also known as Kashi. Durga temple is also mentioned in the 'Kashi Kand'. Durga temple was constructed with red stones which is very grand and beautiful. One side of the temple is 'Durga Kund'. Durga Mandir was built in the 18th century by the Queen of Bengal, Rani Bhavani. The temple was built in the architecture of North Indian Nagara style. To match the colors of the central symbol of Goddess Durga, the temple is painted red with ochre color. Inside the temple, many carvings and engraved stones can be found. The temple is composed of many small peaks. It is believed that the main idol of the temple, which is of Goddess Durga, appeared on its own at this place, meaning that the idol has not been created by any person. After visit Durga Temple, we will be drop to you at Varanasi airport for flight to Delhi. At Delhi our driver will be pick to you from airport and drop to you according to your travel scheduled with nice memories of your tour.

01 - Flight ticket from Delhi to Varanasi and Varanasi to Delhi

03 - Aircondition WiFi vehicle with unlimited km according to itinerary

11 - Your Arrival, Departure & City tour included unlimited Kilometer according to your tour Itinerary

12 - Mineral water during your tour,

13 - Indian phone sim card for keep in touch with us and our driver,

5 - Driver TIP, Tip’s is depends on your Satisfaction as you like :-) 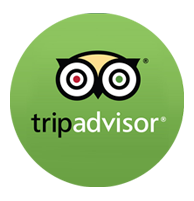